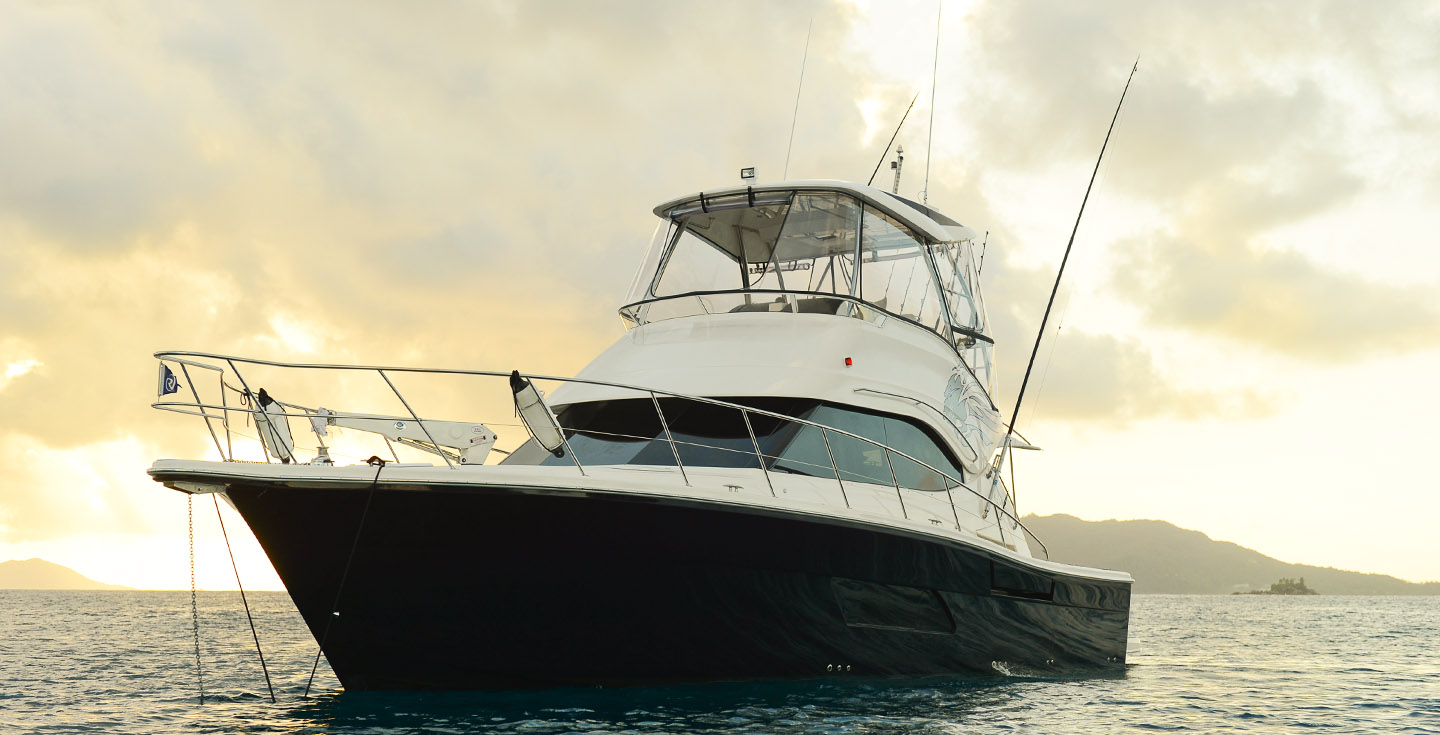 Aboard uShaka, it takes about four hours to get to Ille Platte from Mahé Island; depending on the weather.

Upon arrival, uShaka’s crew decided on an afternoon fishing session, catching Job fish of about 5kg as well as a few croissant grouper. At five in the evening uShaka moved to the anchorage area, and with two lines in the water, the fun began.

With a crossed line the crew succeeded in getting one sail fish out of the water. It took about ten minutes to reel in, revive, and release back into the ocean.

Although the uShaka crew live for fishing, they are also passionate about preserving the waters in which they fish.

Anchor was dropped for the night and the guests braved some shark fishing, catching an impressive nurse shark whilst the crew prepared dinner.

The morning session began at 7:30am, with some rainbow runner, one small yellow fin tuna and a wahoo of about 15kg! This was all achieved with trolling.

The crew decided to change things up a bit by doing some jigging and popping. A vara of about 8kg was caught, alongside a white tip shark and some grouper.

The best of the day was undoubtedly a big dog tooth tuna; weighing 30kg!

After a scrumptious lunch was served, uShaka moved to another fishing spot and was fortunate enough to raise up yet another dog tooth tuna of 25kg, along with other species of grouper and job fish.

uShaka headed back to the mainland at about twelve in the afternoon, passing Mahé’s drop off point.

Nostalgia for the fish rich waters of Ille Platte lingered amongst the crew and guests and a return trip was much talked about by all.